PubMob session: From Mob to Symphony: A Mob Composing Workshop

Not a programmer? Learn firsthand the joy of a PubMob. Come compose...

Mob programming is 'everyone in a room working on the same thing at the same time,' per Woody Zuill. Outrageous! Yet teams find mob programming a fun way to collaboratively build and deliver high-quality software. Some teams even say they go faster.

In this session, we'll mob to collaboratively compose a short song. Even if you know little about music, you'll feel firsthand how participating in a mob can reduce your anxiety and help you contribute quickly. 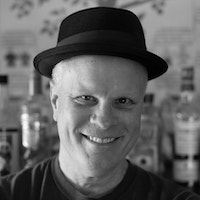 Suppose you have a software development team of five folks challenged with delivering five features. That team working as a mob–focusing on only one feature at a time–can actually deliver all five features faster than those same five folks trying to “divide & conquer” the features.

And why might working this way actually speed things up? If you’re not a technical person, watching a development team code during a mob programming session might not help you understand either the mechanics or the reasons behind its success.

Join us to see an effective mob session in action, first-hand.

If you are a technical person, you might still want to consider this session, which will allow you to experience mob programming without the distraction of a coding problem–it’s easy for some of us get too deeply mired in problem solving. My mob composing workshop might also open your eyes to the possibility of using mob programming outside the software world.

Plus, you haven’t really mobbed until you’ve composed music in a small group.

Without experiencing mob programming firsthand, you’d likely think that it’s is a chaotic and dangerous practice based on the name alone. Done well, it is not: Your teams can keep their mob sessions focused, enjoyable, and productive by employing a few simple rules. They’ll play together like a well-seasoned orchestra.

You can prepare for the session by following the instructions at http://github.com/jlangr/geektone to download and install the software that we’ll use. Specifically, you’ll need Node.js installed (to run the app locally) and a web browser other than Internet Explorer (Chrome, Safari, Firefox, and Microsoft Edge should all work).